Readout of the President’s Briefing on the 2019 Hurricane Season

Office of the Press Secretary
FOR IMMEDIATE RELEASE
June 21, 2019
Readout of the President’s Briefing on the 2019 Hurricane Season

Today, President Donald J. Trump was briefed by Dr. Neil Jacobs, head of the National Oceanic and Atmospheric Administration (NOAA), and Pete T. Gaynor, Acting Administrator of the Federal Emergency Management Agency (FEMA), regarding the proactive preparations the Administration is taking for the 2019 hurricane season.  Communities continuing to recover from previous storms could be impacted by a hurricane this season.  Effective preparedness is only achieved when every level of government is engaged, along with the private sector, communities, and families.  The Trump Administration has conducted extensive outreach to State, territorial, local, and tribal leaders, and other partners.

Dr. Jacobs briefed the President on the projected weather activity for this hurricane season, which is expected to be active in the Pacific and average in the Atlantic.  Acting Administrator Gaynor highlighted FEMA’s extensive preparations.  He also provided an update regarding the numerous ongoing locally executed, State-managed, and Federally supported recovery efforts.

The President expressed his concern about the vulnerabilities of States and territories that continue to recover from previous hurricanes, as well as those affected by last year’s wildfires.  He directed FEMA to ensure that adequate preparations are made, including outreach to the public, and that assistance be rapidly provided if disaster strikes again this year. 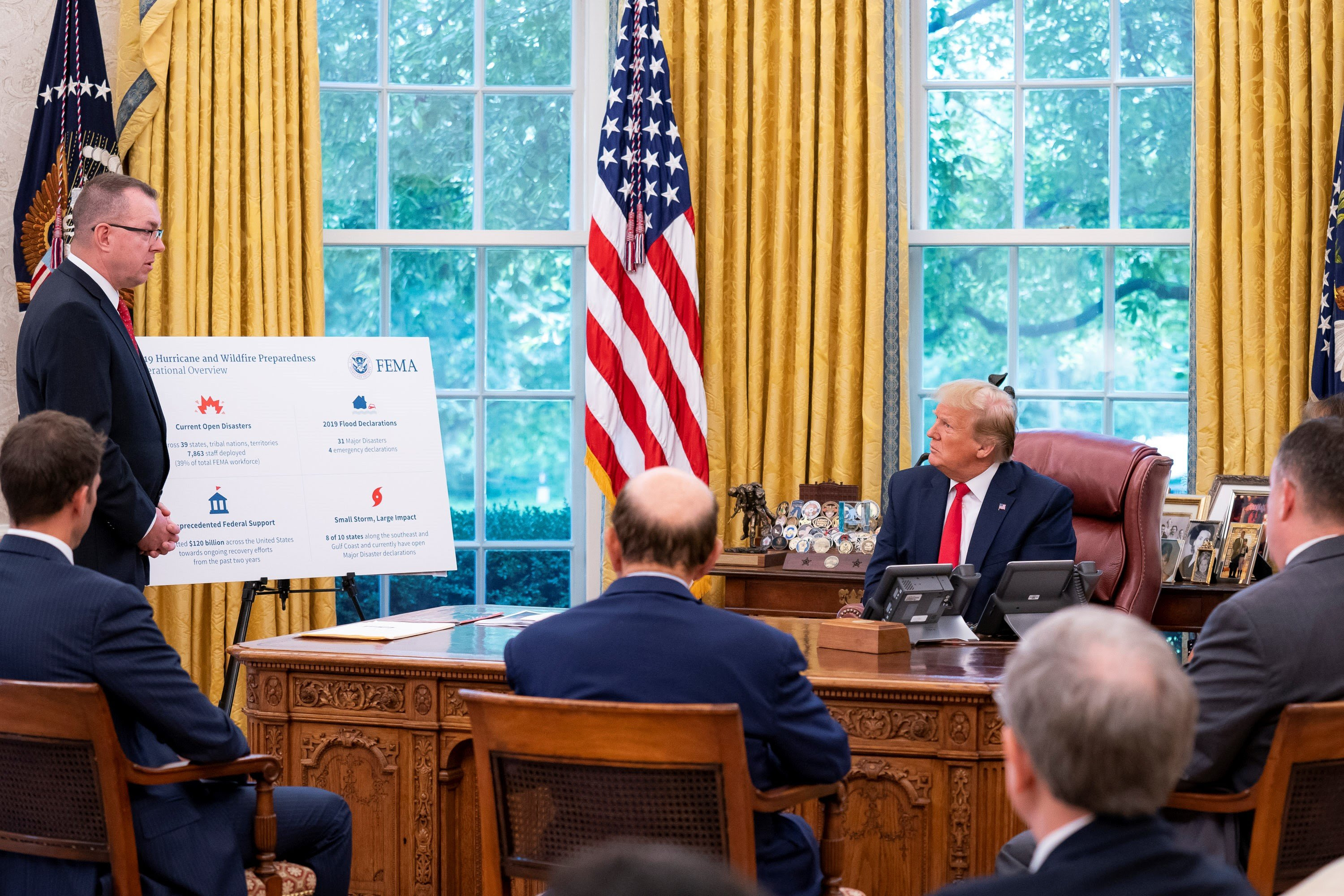